What Does A Confederate Flag Tattoo Mean? 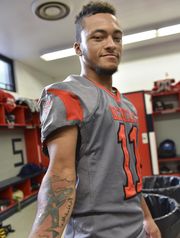 A Confederate flag tattoo can symbolize a variety of things, but most commonly it indicates support for the Southern cause during the Civil War. It can also represent heritage and pride in the Southern states, as well as a general rebellious attitude. Some people view the Confederate flag as a symbol of racism and bigotry, so its use is controversial and often seen as offensive.

The Confederate flag is one of the most controversial symbols in American history. To some, it represents a time of Southern pride and heritage. To others, it is a reminder of racism and bigotry.

And to many people, it is simply an offensive symbol that has no place in modern society. So what does a Confederate flag tattoo mean? It depends on who you ask.

No matter what your opinion on the Confederate flag may be, there’s no denying that it remains a highly polarizing symbol. And if you’re thinking about getting a Confederate flag tattoo, be prepared for some serious backlash from those who find the symbol offensive.

What is the Meaning of the Confederate Flag?

When most people think of the Confederate flag, they think of slavery and the Civil War. However, the meaning of the flag is much more complicated than that. The Confederate flag has been used by many different groups over the years, each with their own interpretation of its meaning.

Some people see it as a symbol of Southern heritage and pride. For them, it represents a time when the South was a separate and distinct region with its own culture and way of life. This interpretation is controversial, however, as some believe that flying the flag glorifies a time when slavery was commonplace.

Regardless of its original intent, the meaning of the Confederate flag has changed over time. Today, it is primarily seen as a symbol of division and hatred by most people in America.

What is a Rebel Flag Tattoo?

There are a variety of different designs that can be used for rebel flag tattoos. Some common designs include the Confederate flag, the Gadsden flag, and the Bonnie Blue flag. There are also many variations of these designs, such as adding skulls or other symbols associated with rebellion.

No matter what design is used, rebel flag tattoos are sure to make a statement. They are often large and prominently displayed on the body, making them impossible to ignore. If you’re looking for a tattoo that will get attention and start conversations, then a rebel flag tattoo is definitely for you!

Can You Join the Military With a Confederate Flag Tattoo?

This is a difficult question to answer definitively because it depends on a number of factors, including where the tattoo is located on the body and how visible it is. It’s possible that a Confederate flag tattoo could be considered offensive and thus disqualifying for military service, but it would likely depend on the circumstances. For example, if the tattoo is small and not prominently displayed, it’s less likely to be an issue than if it’s large and highly visible.

Ultimately, any potential recruits with Confederate flag tattoos should consult with a recruiter to determine whether or not their ink will be an issue.

A Confederate flag tattoo can mean different things to different people. For some, it may be a way to show their Southern heritage or pride in their home state. Others may view it as a symbol of racism and hate.

Still others may see it as simply an act of rebellion. Whatever the reason, there is no doubt that the Confederate flag is a controversial symbol.